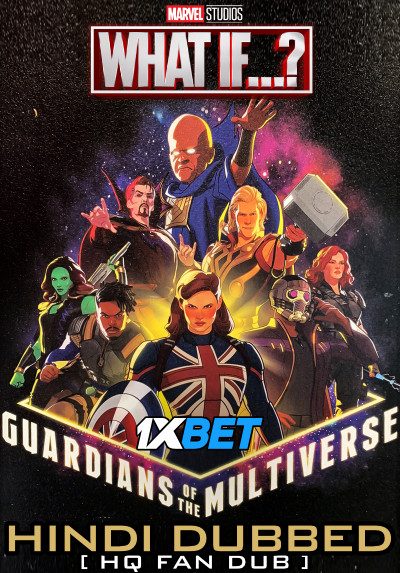 What If…? is an American animated anthology series by Marvel Studios,
Available Now on KatMovieHD.sx . 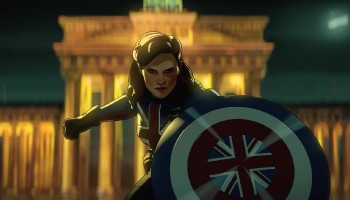 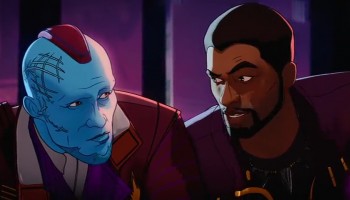 Ep 1 : “What If… Captain Carter Were The First Avenger?”

“What If…?” flips the script on the MCU, reimagining famous events from the films in unexpected ways. Coming to Disney+ August 11, 2021, Marvel Studios’ first animated series focuses on different heroes from the MCU, featuring a voice cast that includes a host of stars who reprise their roles. The series is directed by Bryan Andrews; Ashley Bradley is head writer.

A member of the alien Watcher race who observes the multiverse. Head writer A.C. Bradley said the character is “above everything else” and compared him to a viewer of the “pizza rat” video, observing and not interfering, with “no interest in becoming friends with the rat, living amongst the rat, or doing rat things… That is the Watcher’s relationship with humanity.” The Watcher’s role has been likened to Rod Serling’s in The Twilight Zone.[5] Bradley said Wright was cast in the role because his voice mixes power, charisma, and authority with a “warm personality”. Wright approached the character similarly to a live-action role, learning as much as he could about the Watcher so his voice would reflect the character’s “uniquely powerful, all-seeing, sagely presence”. Wright chose to use a contemporary American accent rather than having the character sound like “some Oxford-educated, old, fusty guy in a tudor parlor somewhere”.[5] Executive producer Brad Winderbaum described the character as “larger than life with an unfathomably huge power”, but with a human heart regardless, feeling that Wright’s vocal performance inspires a sense of humanity while explaining things. Aside from his research on Uatu’s comic book appearances, Wright also took inspiration from the series’ tone, visuals, and animation to help develop the character’s voice.

created by A.C. Bradley for the streaming service Disney+, based on the Marvel Comics series of the same name. It is the fourth television series in the Marvel Cinematic Universe (MCU) produced by Marvel Studios, and the studio’s first animated series since Wolverine and the X-Men. The series explores alternate timelines in the multiverse that show what would happen if major moments from the MCU films occurred differently. Bradley serves as head writer with Bryan Andrews directing.