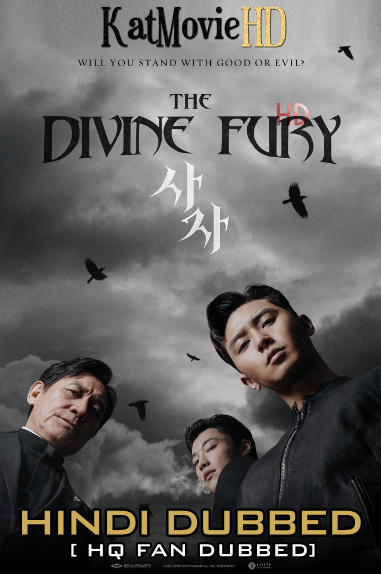 After losing his father at a young age in a terrible accident, Yong-hu (Park) abandons his Christian faith and chooses to only believe in himself. Now as an adult, Yong-hu is a champion fighter and has everything he has ever wanted, that is until mysterious wounds appear in the palms of his hands. He solicits help from a local priest Father Ahn (Ahn), hoping the priest can help relieve him of the painful markings only to find himself in the middle of a dangerous fight against otherworldly evil forces seeking to wreak havoc on the human world.

This is the first Korean production I’ve seen in a movie theater and what a difference it makes (duh!), not only the large screen but the sound effects. That’s because Korean films are generally not shown in American markets. Wish they were more widely available. This is a story about faith and good triumphing over evil. This movie is intense, scary at times, and will make your skin crawl. But it also evokes emotions, joy, and relief! It is not cheesy. It is extremely well acted, directed, choreographed, and believable with good special effects. Kudos to Park Seo Joon and the other actors who all stayed in character and performed well. You forget they are acting. Unlike the seminal film, the Exorcist, there is no vulgarity, excessive swearing, and blasphemy (the reason I rarely watch contemporary American films), but the shock value is there and the message is powerful. If properly marketed, this film can be as popular as Train to Busan, and representative of the impressive Korean film industry. As a Christian (protestant) viewer, I heartily recommend this film whether you are a believer or not as it is entertaining, not offensive. You will cheer! Bravo!