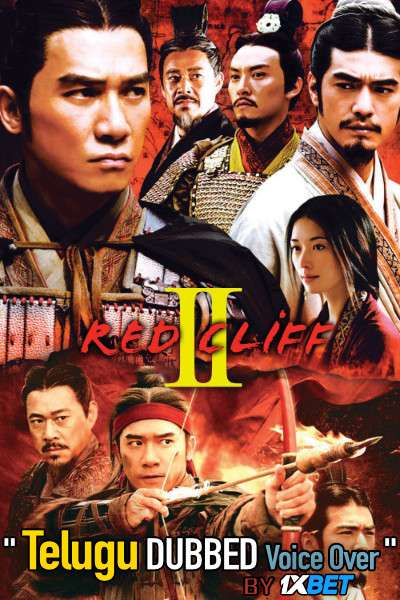 #RedCliffII (2009) Dubbed in Telugu By 1XBET is an Unofficial Voice Over Dub Just for Promotion so if u Don’t like There Dub just ignore Don’t Comment or send any msg to us .

If the first part of the series was the set up, here is the pay off. I was disappointed at the end of the first part when big To Be Continued words filled the screen. But it was worth the wait. When it comes to Chinese epics, it gets no better than this. Mostly an incredibly long, epic battle, this second part pays off in spades. It’s more exciting, smarter, and more edge of your seat. Every minute leaves you anticipating the next and the conclusion is very fitting. You almost don’t want it to end, despite the huge running time. John Woo has succeeded in creating one of the grandest Asian epics ever made, and this series of films should cement him as one of the finest Asian filmmakers of all time.

In this sequel to Red Cliff, Chancellor Cao Cao convinces Emperor Xian of the Han to initiate a battle against the two Kingdoms of Shu and Wu, who have become allied forces, against all expectations. Red Cliff will be the site for the gigantic battle.