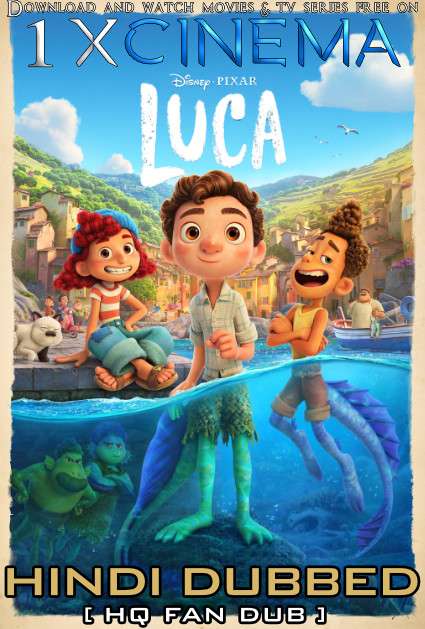 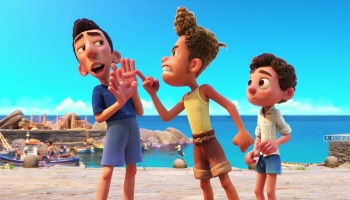 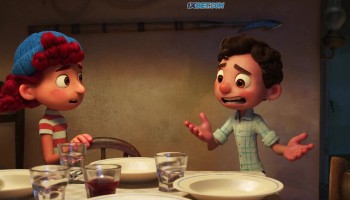 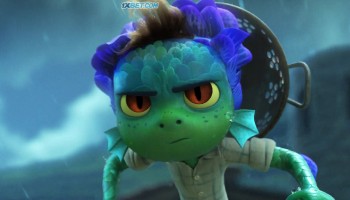 Luca Paguro, a young sea monster living off the coast of the Italian city Portorosso, spends his daily routine herding goatfish. Forbidden to explore the surface, Luca meets Alberto Scorfano, a fellow sea monster; Alberto instigates Luca into adventuring out of the ocean. Now disguised as a human, Luca follows Alberto to his hideout, where the boys connect while making and riding a makeshift, fragile Vespa. Upon discovering their son’s actions, Luca’s parents, Daniela and Lorenzo, plan to send Luca to the deep sea with Lorenzo’s brother, Ugo. In retaliation, Luca and Alberto run away to Portorosso to find a Vespa and travel the world.

The boys run into Ercole Visconti, a local bully and repeat champion of the Portorosso Cup Race, but Giulia Marcovaldo, a young girl, helps them escape. In hopes of winning the money needed for a Vespa, the boys and Giulia form a team for the Triathlon, which involves swimming, pasta-eating, and biking. Unable to swim without revealing themselves, Luca and Alberto respectively take on the biking and pasta-eating races, while Giulia takes the swimming race. Ercole vows to beat the group. While the boys befriend Massimo, Giulia’s father, Luca’s parents head to the surface to find him.

Such a good story! Honest, Kind and simply Intelligent! Nothing irrelevant, nothing boring or whatever what makes people upset about any movie. Great plot and characters, lots of valuable significations. Also, good fun, not like a lot of jokes, but when they come – it’s right at the point. Moreover, lots of pleasurable warm summer feelings. And yeah, I’m here not to glorify a motion picture, I’m here since a liked and enjoyed it fully and truthfully.