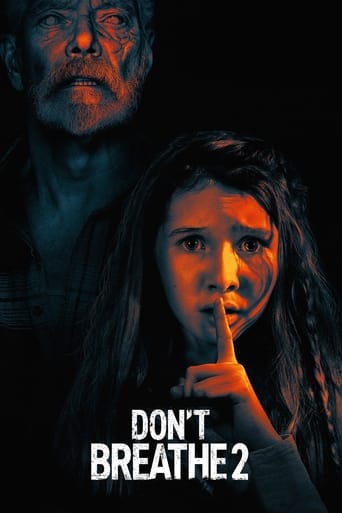 #Don’t Breathe 2 (2021) Dubbed in Bengali By 1XBET is an Unofficial Dub Just for Promotion so if u Don’t like There Dub just ignore Don’t Comment or send any msg to us .

A group of kidnappers is in for a wild night as they attempt to kidnap an orphan from a blind veteran.

Don’t Breathe 2 starts off slow as it blindly introduces us to the plot,yet the motive of the antagonist isn’t revealed until about 4o minutes into the film. There are some gruesome killings as the blind man fights for his life. The film does an impressive job of saturating us in suspense and action. Although the film addresses the early confusion, it takes a dramatic turn as the plot thickens. The vision of the plot becomes clear, but doesnt seem to flow as effortlessly as the first film. Lastly, the film does an excellent job in challenging you to pick a side; especially if you watched the first.

Therefore, Don’t Breathe 2 is a satisfactory sequel, the plot is different yet still applies the same effective structure as the first. You don’t need to watch the first to understand and or enjoy this film.

Hiding out for years in an isolated cabin, Norman Nordstrom has taken in and raised a young girl orphaned from a house fire. Their quiet existence is shattered when a group of kidnappers show up and take the girl, forcing Norman to leave his safe haven to save her.