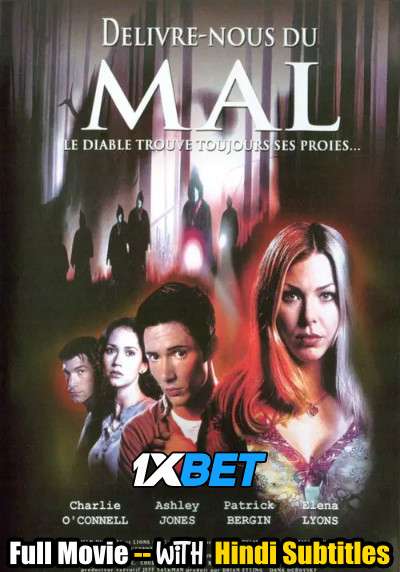 Struggling with a dark traumatic past, a man trying to hide his true self as a serial killer from the police detectives trying to catch him slowly begins unraveling mentally from the stress of everything a pair of angels trying to battle for his eternal soul try to tip the balance in their favor against him.

This was an incredibly frustrating and problematic effort. One of the biggest issues here is the complete confusion that arises out of the storyline which is incredibly involved yet never given any time to sort itself out. The feat involving the war between the angels, his past troubles affecting him and the missing child case with the investigating officers are all dropped on us immediately at the start of this one with little lead-in or build-up, making for a sort of jarring whiplash-effect trying to keep everything straight. One doesn’t even lead into another factor, it’s just all dropped on us without doing anything to separate it all, and given the intricacies of the main storylines involving both the two angels fighting each other and the serial killers’ psychological torment, these especially need time to work out what’s going on. While this eventually happens and everything becomes quite clear, it’s not until later and the introduction to everything seems quite off-putting. That also manages to highlight a few inaccuracies with their own personal war that goes on throughout the film. The fact that the evil demon is actively trying to influence him for his personal gain without the good one interfering under orders not to makes it seem incredibly unbalanced about this process. If the end goal is to save him, then the not-interfering while the other one constantly does so offers up an easier chance of being corrupted by the more prominent figure in his life ruining their entire purpose to redeem him as the counterbalance against the negative impact. Moreover, the typical flaw associated with this genre tends to get introduced again where there’s nothing given about why he’s as special as he is to their battle, forcing them to battle over him for no real reason out of the billions of other people on the planet. This goes unexplained and could’ve used something else to tie into this storyline, which all together holds this one down. There are some enjoyable aspects here. The fact that this one is built around the serial killer’s psychological breakdown from both his troubled past as well as the guilt over what he’s doing is a major point and carried off quite impressively. As mentioned, this is all done to clarify a lot of the storylines from later on which gives us plenty of insight into the psychological breakdown as doing it through implanted visions or forced hallucinations between the two angels battling for his soul in their own private war. As they grow in intensity and vividness this one grows in interest as these far more frightening exploits including the grocery store confrontation, the breakdown at work and the memorable sequence in the church all helping this setup along. That also works for the rather satisfying finale, opting for a more realistic bent rather than the supernatural aspects that had been featured elsewhere which ends this on a rather fun note, giving it some really impressive aspects.

As a demon and a fallen angel battle for his soul, a tormented serial killer is stalked by the ghosts of his past victims and hunted by detectives searching for his latest prey.

How to Download Devil’s Prey 2020 Movie with Hindi Subtitles  for Free :

To Download Devil’s Prey [Hindi Subbed] You Have TO CLICK ON LINKS Below > Download Link < Option on this Page and You Have Multiple Links For Download If You Want to Download Using Torrent Use Magnet Link & If U Want To Direct Link Use Anon-File / G-Drive [For Google Drive Link] All These are High Speed Download Links .

How To Watch Devil’s Prey Full Movie With Hindi Subs Online: If U Want to Watch This Movie Click On >Watch Online< Button .