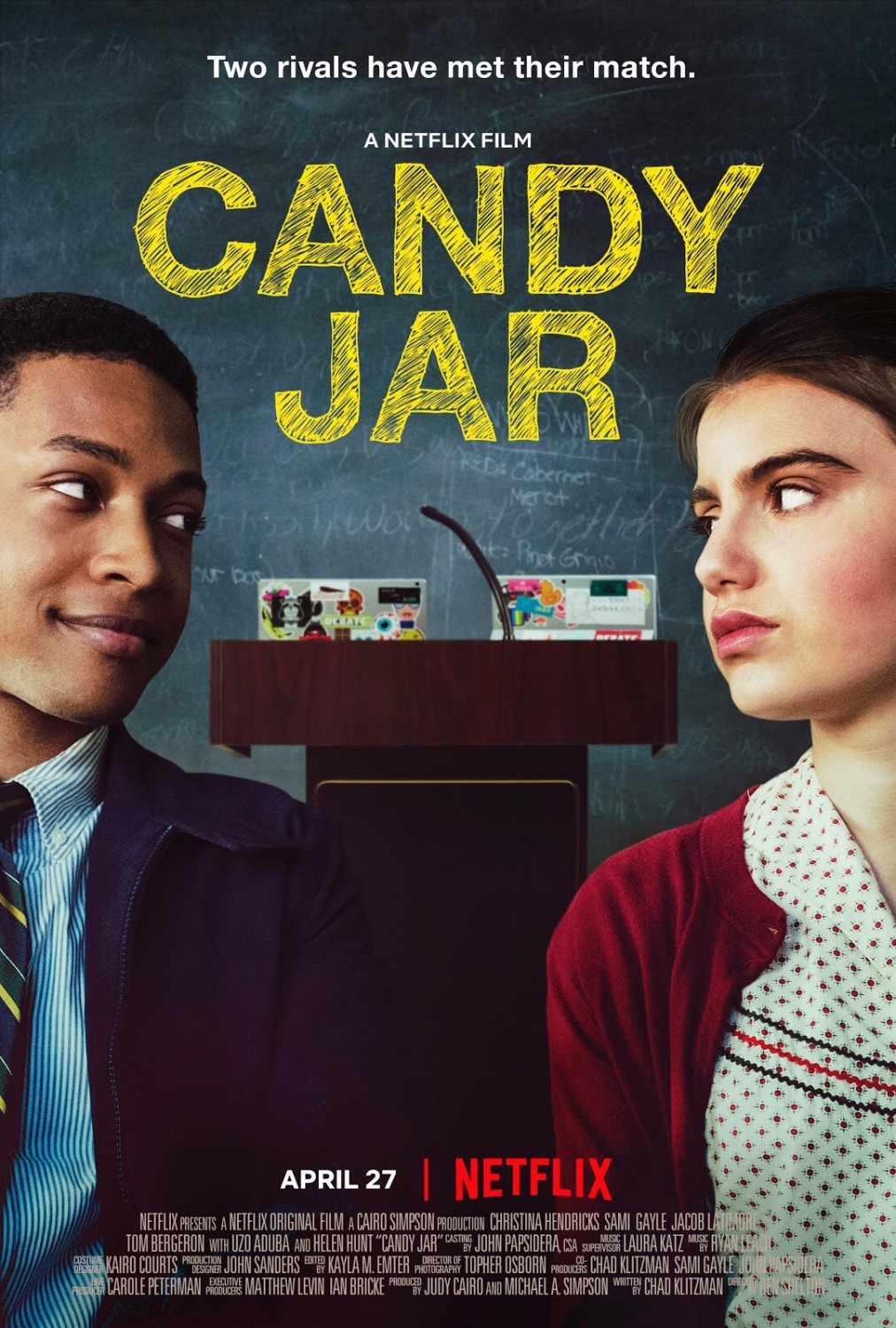 #CandyJar (2018) Dubbed in Hindi By 1XBET is an Unofficial Dub Just for Promotion so if u Don’t like There Dub just ignore Don’t Comment or send any msg to us .

Candy Jar tells the story of Bennett (Jacob Latimore) and Lona (Sami Gayle). They’re two compulsively competitive high school classmates, both debate team standouts, both with eyes set on Ivy League colleges. They share similar mindsets, personalities, drives, and aspirations. They seem to be two peas in a pod, compatible and meant to be great friends, or even a couple. Only one problem: they can’t stand each other.

Their similarities are obvious to any third-party observer, but they see each other as opposites. They can’t agree on anything. She dreams of attending Harvard, while he has his heart set on Yale. See, total opposites.

This whole notion that they can’t agree on anything is largely silly and unbelievable. It only takes one chance encounter at a movie for the two to realize that they get along splendidly. No kidding, thinks anyone who knows them. How they took 18 years to figure this out, I have no idea.

Struggling to ingratiate themselves with their classmates is something that makes sense. They’re exhausting. They talk a mile a minute and dismiss anyone who isn’t on their level of obsession with debate and academics.

When debating, they talk 100 miles a minute, thanks to some strange rule change they mention that led to the competitors emailing all their arguments to the judges and opponents minutes before the debate begins. Now everyone speaks at an absurd rate that makes them impossible to understand and unbearable to listen to. This movie features a lot of debate scenes, so a lot of it is unbearable to listen to.

The moments when Bennett and Lona behave like human beings are actually charming. They have real personalities when they aren’t reading frantically from their scripted debate notes. In these moments, we see their contrasting home lives. Bennett’s mom is a state senator, while Lona’s mom works multiple jobs get by.

We also see that the students share a bond with the school guidance counselor and her candy jar. Even though keenly aware and only moderately obnoxiously vocal about the downsides of sugary foods, they can’t help but indulge in a sweet treat during each office visit.

During the course of the debate season, we witness Bennett and Lona run over every one of their opponents, every one except a couple of girls who deploy anecdotal evidence and emotion-based argument tactics.

Lona dismisses the girls and their strategy, convinced that the facts are all that matter. She doesn’t see the value in the emotional angle that the girls present.

The main characters never square off against these girls directly, but they scout them since they could be opponents later in the state finals. You can guess where this is going.

There’s a fair deal of learning involved in the story. Bennett and Lona learn from each other. They also learn from the emotional debaters, although the lesson is a bit unclear.

Overall, the movie has some potential but doesn’t quite fulfill it. These characters are interesting when given a chance, and they needed more of an opportunity to do so.

Although Candy Jar isn’t the worst Netflix movie you’ll find, there are certainly better movies out there to see.

Dueling high school debate champs who are at odds on just about everything forge ahead with ambitious plans to get into the colleges of their dreams.

How to Download Candy Jar 2018 Movie in Hindi Dubbed  for Free :

To Download Candy Jar [Hindi Dubbed] You Have TO CLICK ON LINKS Below > Download Link < Option on this Page and You Have Multiple Links For Download If You Want to Download Using Torrent Use Magnet Link & If U Want To Direct Link Use Anon-File / G-Drive [For Google Drive Link] All These are High Speed Download Links .

How To Watch Candy Jar Full Movie in Hindi Online: If U Want to Watch This Movie Click On >Watch Online< Button ! .